It might take a few seconds before the pictures load. I am sorry for the inconvenience this may cause. The pictures will load under the text.

According to legend, coffee came to India around 1600 with a Muslim monk named Baba Budan. On his journey from Yemen to India he brought seven seeds which he planted near Chikmagalur in South India. The site, which later became known as Bababudangiri, produces a distinctive coffee with an exotic spicy character. The district which is situated around 1300 meters above sea level is today the main producer of coffee to India.

For many years coffee has been the most valuable commodity in international trade after petroleum. The coffee sector has had a profound influence on the political, economic and social structure of a large number of countries and is at the same time one of the world’s most popular beverages.

The coffee industry in India  witnessed a major crisis caused by falling coffee prices during the 1990s. Though the situation is stabilized now, small-scale coffee farmers and farm workers are still extremely vulnerable to the coffee market’s price swings and the disproportionate market power of local buyers, international traders and multinational coffee companies.

An estimated 5 million people, directly or indirectly, depend on coffee in the three southern states of Karnataka, Kerala and Tamil Nadu for their livelihood. Farmers sell at a heavy loss while branded coffee sells at a hefty profit. Most of the plantations are situated in remote and uninhabited areas. During the crisis, thousands, both land owners and workers, lost their livelihood and many were forced to migrate to the cities. In Chikmagalur the majority of the workers are women. They have to travel long distances between their homes and the plantations. Some of them work for  salaries  less than two dollars a day. 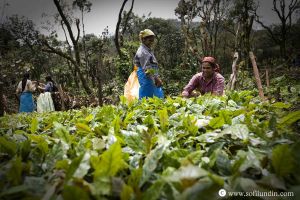 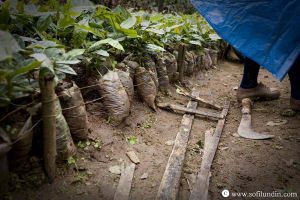 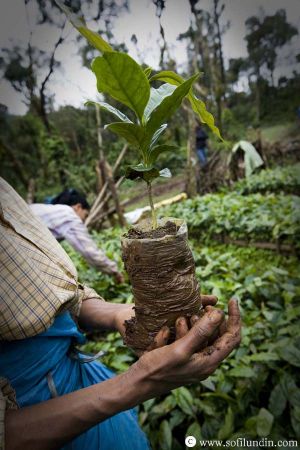 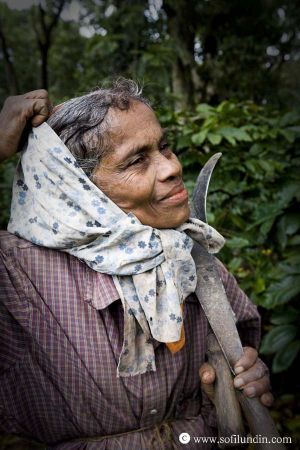 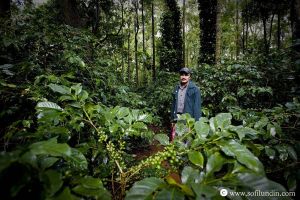 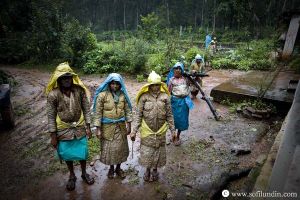 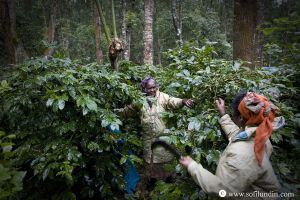 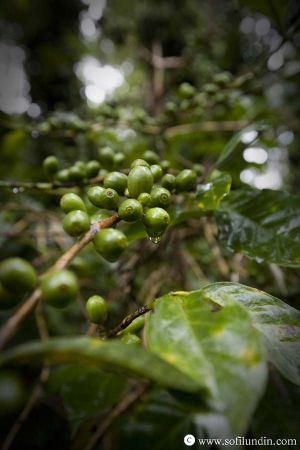 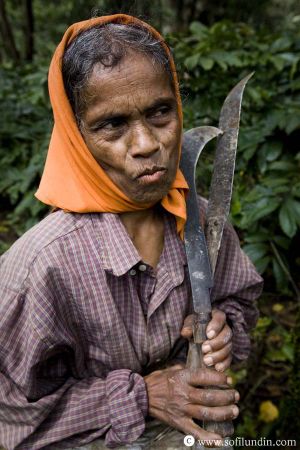 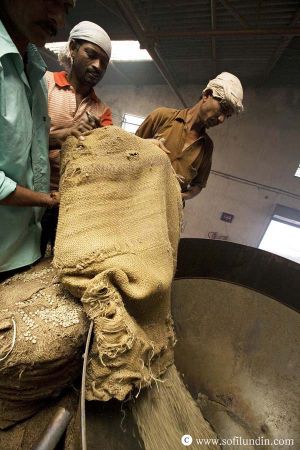 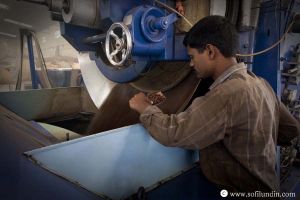 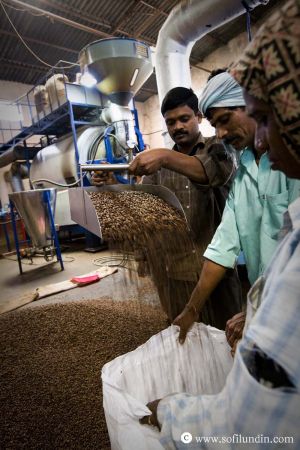 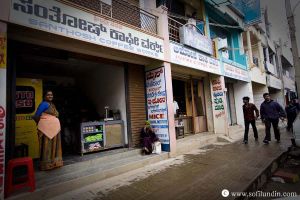