It might take a few seconds before the pictures load. I am sorry for the inconvenience this may cause. The pictures will load under the text

Dharavi, which rivals Orangi Township in Karachi, Pakistan, for the title of Asia’s largest slum, is an administrative ward. Spread over an area of around 200 hectares, it has approximately 86,000 slum structures and an estimated population of up to one million, making it one of the most densely populated areas of the world.

The Dharavi slum contains of huge cottage industries and primitive workshops that produce goods for the world market—an estimated 15,000 single-room factories—as well as an expanding industry processing recyclable waste from across Mumbai. The total annual turnover of Dharavi is estimated to be anywhere from US$650 million to US$1 billion.

The area of the slum referred to was the so-called “13th compound”, is where 80 percent of Mumbai’s plastic waste is recycled by around 10,000 workers, many of them children. If you have the patience to look closer, you will find here one of the most inspiring economic models in Asia. Dharavi may be one of the world’s largest slums, but it is by far its most prosperous – a thriving business centre propelled by thousands of micro-entrepreneurs who have created an invaluable industry – turning around the discarded waste of Mumbai’s 19 million citizens.

In the streets of 13th compound you run into men and boys hauling bundles of waste – plastic, cardboard or glass – retrieved from Mumbai’s vast municipal dumps. In every lane, people sit waist-deep in piles of computer and plastic parts, paper, cardboard boxes and on the ground you find your self stepping into injections from hospitals, disposable plastic cups and chemicals from the coloring factories. The sounds of truck engines, hammering, drilling and welding is deafening. The smell of burned plastic goes to your head.

But Dharavi remains a land of recycling opportunity for many rural Indians. The business gives them way above agricultural wage levels. Within the giant web of dark lanes you find more than thriving recycling activities and poverty. You find tobacco chewing men, sharing stories over a cup of chai. You find talented cloth makers, who spend 365 days in a year coloring sari’s and scarfs. You find kids with colored feet, who lost their innocence long ago. You find hard working people, eager to make a living in the financial capital. And they all do it with dignity. 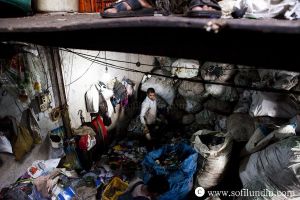 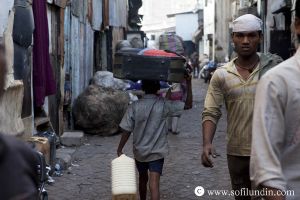 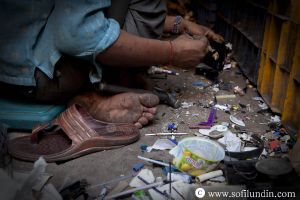 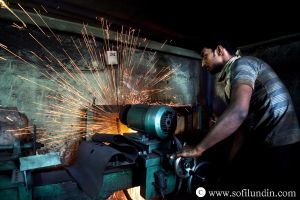 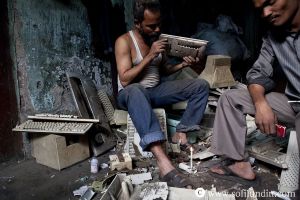 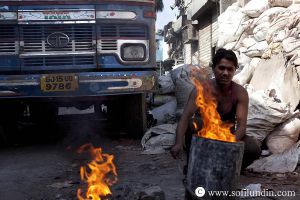 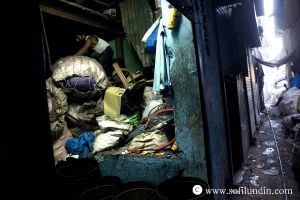 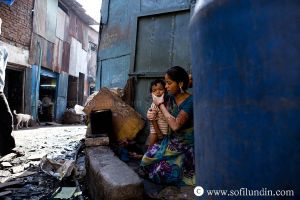 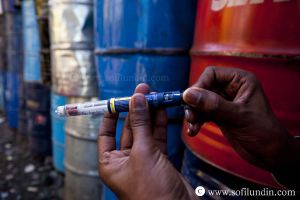 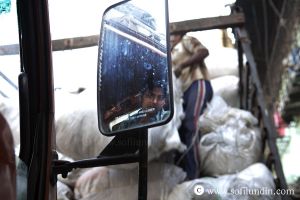 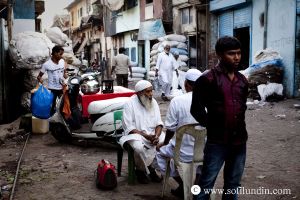 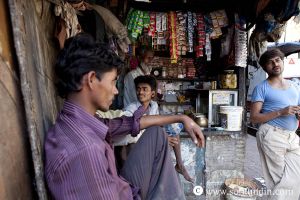 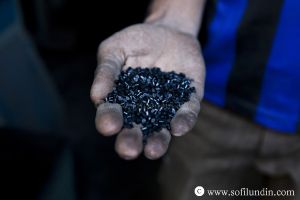 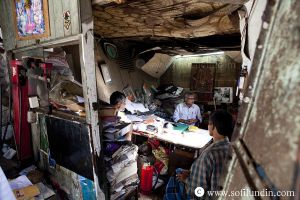 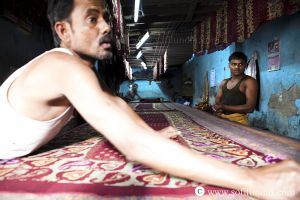 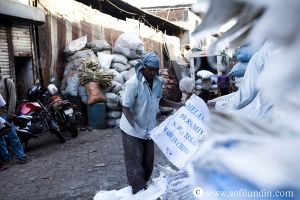 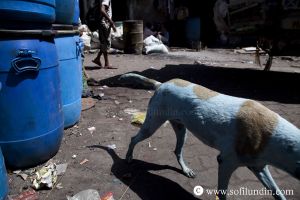 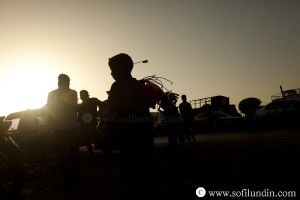